Blockchain Lab on Consensus Mechanisms: summary of the conclusions 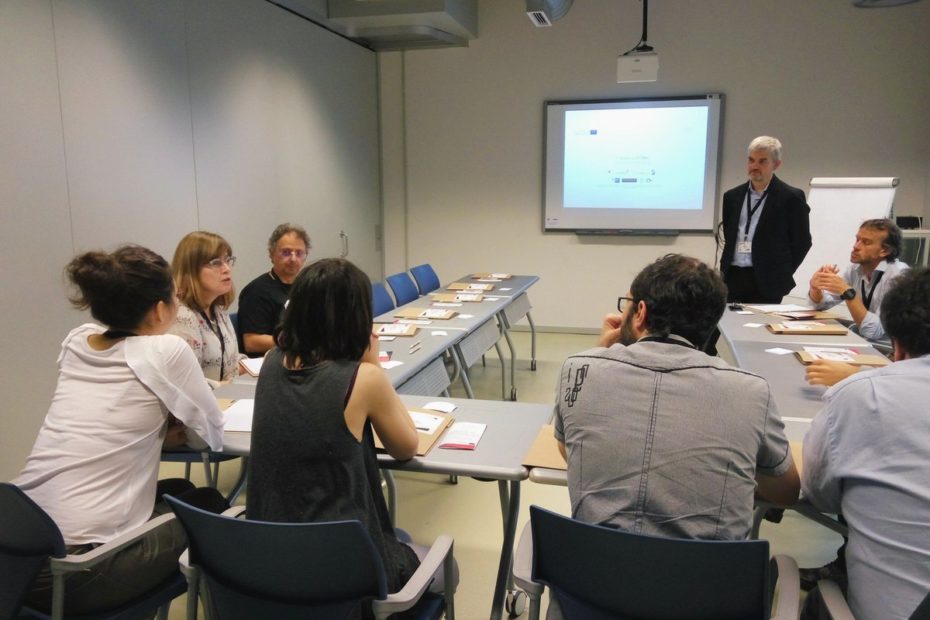 On 3rd June 2019, in Santiago de Compostela, a group of Galician stakeholders attendend the DLT4All lab event on Consensus Mechanisms.

The aim of the event was to present the DLT4All project and the learning module pre-report on Consensus Mechanisms to the stakeholders and to get feedback from them, and it was structured into four sessions. In the first session, after a brief presentation, Manuel Fernandez-Grela of the University of Santiago de Compostela, member of the project team, described the aims, expected results and general vision of DLT4All. The discussion started in this session was continued during the second one, where the attendees focused on the roles that learning should play to help materialize the potential of DLT technology and overcome the challenges it faces. The conclusion extracted from this discussion was that avoiding misperceptions due to disinformation is an important role of training in blockchain/DLT. One particular example of such misperception discussed about was the idea that “blockchain” is a business model by itself, instead of a basic technology that should be adapted to the business model of the enterprise. In order to play this role, the transversality of the training across multiple disciplines (law, business, computer science, …) was identified as a key component that should be directed to the development of new professional profiles.

In the third session, Manuel Fernandez-Grela briefly presented the learning module pre-report on Consensus Mechanisms. The report was then reviewed by the attendees, who noted that despite the modular nature of the course proposed, the coordination between the different modules and the establishment of clear paths of pre-requisites will be key factors for successful learning. They also pointed that, while most of the module should be devoted to consensus mechanisms that have been already implemented in practice, the rate of innovation in this field is so fast that some attention should be devoted to some of the new theoretical proposals too, in order to avoid the quick obsolescence of its contents. The audience agreed that one basic learning objective of the module should be to provide trainees with the ability to be able to identify the advantages and limitations of a particular consensus protocol proposal in the context of a specific business model by reading the corresponding white paper. The conversation about these issues continued through the fourth and last session, where some further suggestions were advanced regarding the importance of addressing incentive compatibility issues in consensus protocols, the need to consider the expected profile of the students for the creation of the set of examples and case studies for the course (it was noted that learning is enhanced if students can somehow “relate” their situation/expertise to the one described in them), and the importance of the consensus protocols to delimite the application space of DLT solutions.

In conclusion, the event sparkled an intense discussion on the opportunities and limitations of blockchain/DLT technologies that led to a broad agreement about the importance of specialized training for informed decision-making about blockchain/DLT solutions and for the creation and support of a business ecosystem that facilitates the adoption of innovative business models based on them. The conclusions of the event will be used in the final version of the report, which will then be developed into one of the learning modules of the course.